Chimamanda Ngozi Adichie  is a Nigerian novelist, writer of short stories, and nonfiction, she was born in the city of Enugu, which located in the eastern part Nigeria to an Igbo father,  Mr James Nwoye Adichie whom was a professor of statistics at the prestigious University of Nigeria, and mother, Mrs Grace Ifeoma-Adichie whom happens to work in the University of Nigeria as the registrar in the institution and she was the first female to have ever held that position in the university at that time.

Chimamanda Ngozi Adichie grew up in the town called Nsukka in Enugu state as the fifth child of six children. Before leaving the University Of Nigeria after spending one and the half year, she studied medicine and pharmacy, perhaps she was not coping or she had other passions because at this period she was the editor of the magazine that was run by the university’s Catholic medical students at that time called “The Compass.”

In an interview published in the Financial Times in July 2016, Adichie revealed that she had a baby daughter. In a profile of Adichie, published in The New Yorker in June 2018, Larissa MacFarquhar wrote, “the man she ended up marrying, in 2009, was almost comically suitable: a Nigerian doctor who practised in America, named Dr Ivara Esege, whose father was a doctor and a friend of her parents.

Chimamanda Ngozi Adichie published her first novel, which she titled “Purple Hibiscus” in the year 2003 which received critical acclaim and bagged the book a shortlisting for the Orange Prize for Fiction in the following year, 2004. In the subsequent year, “Purple Hibiscus” went on to win the Commonwealth Writers’ Prize for Best First Book.

Aside from been popular as an extremely intelligent writer with a great sense of humour, Chimamanda Ngozi Adichie is also very well known for being a strong advocate for gender equality aka Feminism. Although a lot of misconception has arisen as to what feminism truly means, Chimamanda Ngozi Adichie makes everybody understands that it is just the fight to ensure women are given the right to express their feelings and also partake in the nation-building like their male counterpart. Her speech on this topic at an event was featured on a track by Beyoncé titled “Flawless.” which went on to be nominated for a Grammy Awards.

The annual essay contest that is organised by a Japanese NGO, The Goi Peace Foundation in collaboration with UNESCO has flagged this year’s competition and has called on immediate submission of essays from eligible writers around the world under the age of 25, this competition is a free-to-enter contest and the deadline for the submission of essays have been scheduled on 15th June 2019.

The Organizers have tagged this year’s competition which is the 20th edition of the contest with a gracious theme “Creating a Society Full of Kindness.”

In a statement released by the organizers, concerning the prospects and theme of the contest they wrote:

“Creating a Society Full of Kindness”

What does “Kindness” mean to you? How do you think we can create a kinder society?
Carry out ten acts of kindness, and then use your experience as inspiration in writing your essay (your essay does not need to be about your acts of kindness).

Read Also  Article: The Right Time To Give Up (Based On A True Story)

The following awards will be given in the Children’s category and Youth category respectively:

1st prize winners will be invited to the award ceremony to be held in Tokyo, Japan on November 23, 2019 and will receive the Minister of Education Award. (Travel expenses will be covered by the organizer.)
Additional awards (Recognition for Effort, Best School Award, School Incentive Award) will be given if applicable.
All prize winners will be announced on October 31, 2019 on this website. Certificates and gifts will be mailed to the winners in December 2019.

Article: The Right Time To Give Up (Based On A True Story)

In life, we are faced with several challenges and hurdles some emotional, some financial, some in our various families. And when faced with these challenges we are left with just 2 (two) options which are “Being patient and facing it till the end” or “Just give up and walk away.”

Metamorphosing from being a writer to becoming an author is not an easy task, because the act of writing a whole book is not easy even just thinking about it. Writers work day and night making research to ensure that their book gets the best in facts and knowledge so the readers will have better insight on what they write about.

Before one can get to that stage of becoming an author you must have published a book already through the help of a publisher or publishing company. END_OF_DOCUMENT_TOKEN_TO_BE_REPLACED

This is a call to the general public and individuals who are interested in writing poems and stories as Chicken Soup For The Soul, a self-help, consumer good and media company based in Cos Cob, Connecticut recently announced an opportunity for interested writers and authors to submit poems or stories for their upcoming book titled “I Can’t Stop Laughing!” END_OF_DOCUMENT_TOKEN_TO_BE_REPLACED 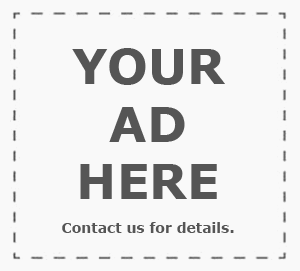